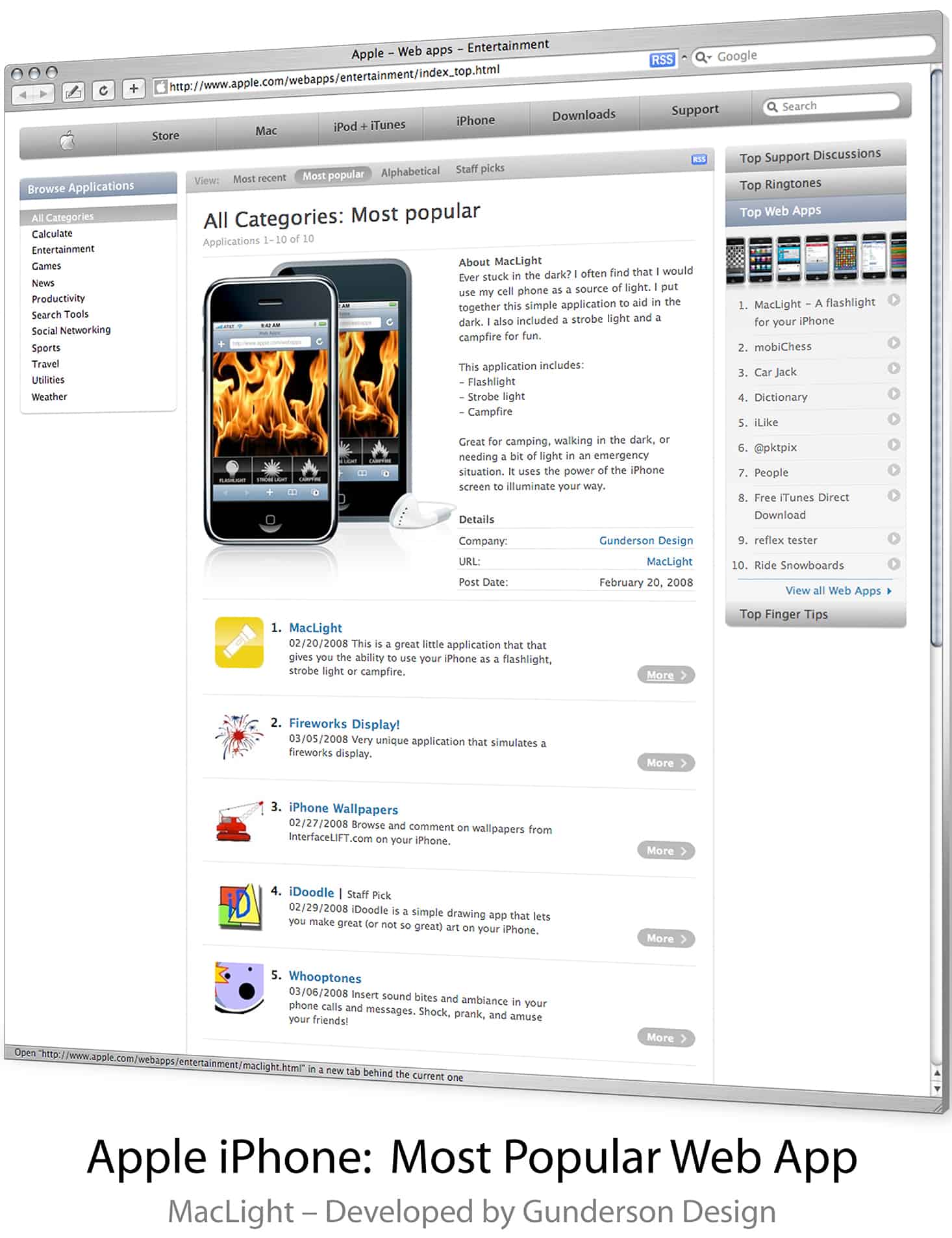 Before There Was An App For That

10 years have passed since the debut of the iPhone. With the excitement of the iPhone XS being announced and shipping out this week, I thought it would be fun to take a trip down memory lane. When the very first iPhone appeared, there was no such thing as native apps. Instead, the first apps developed for the iPhone were web apps.

I was so eager to develop something for the iPhone early on. I figured I should solve a simple problem so that I could put my limited HTML skills to use. The answer was the iLight. Launched on February 20, 2008, the MacLight was one of the first functional flashlight apps and hugely important, since the first iPhone did not have a flashlight included as one of its native features. But this wasn’t just a flashlight app. It also included other features such as a strobe light and a virtual campfire.

Silly I know, but the app did really well when we launched it. With limited competition, it was downloaded over 10 million times and climbed its way to the top of the web app leaderboard within just a few weeks making it Apples most popular web app. It remained there for over 2 months.

Of course, as native apps started to make their way to the marketplace and functionality to the iPhone improved, our web app got less traffic and eventually petered out. But little can match the excitement we felt at the time we launched the web app. Being in the right place at the right time was key to our success. We are excited to be on the verge of this same success as we are developing some Voice Technology that will revolutionize the app world. An announcement will come in the next few weeks.

If you’re interested in trying out direct mail and adding it to your marketing mix, then drop us a line. We’re standing by to answer any questions you might have, and most importantly, to help you get your mail opened.

SHARING, GROWING, EXPLORING. IT’S WHAT WE DO.

Walk the (virtual) halls of Gunderson Direct, and you’ll find a passionate group of world-class…

Dress your creative for success with informative, insightful briefs. 
I’ve seen a metric ton of briefs. But as every agency and every client has their own unique format, the great ones all have one thing in common: they enable winning work.
My finest working mom moment

It happened at the “table” one afternoon I have a seat at the table.  You…